Glen Roberts, the original owner of Precision Shooting, was (is) more than just an experienced and accomplished long-range shooter.  He’s a long-range shooting nerd.  When I first started doing long range shooting, I asked him what he considered the most important elements of a good long-range round.

As a result of this advice, I built myself a 7mm Remington Ultra Magnum and pushed 180 grain Berger VLD projectiles at 3225 fps. 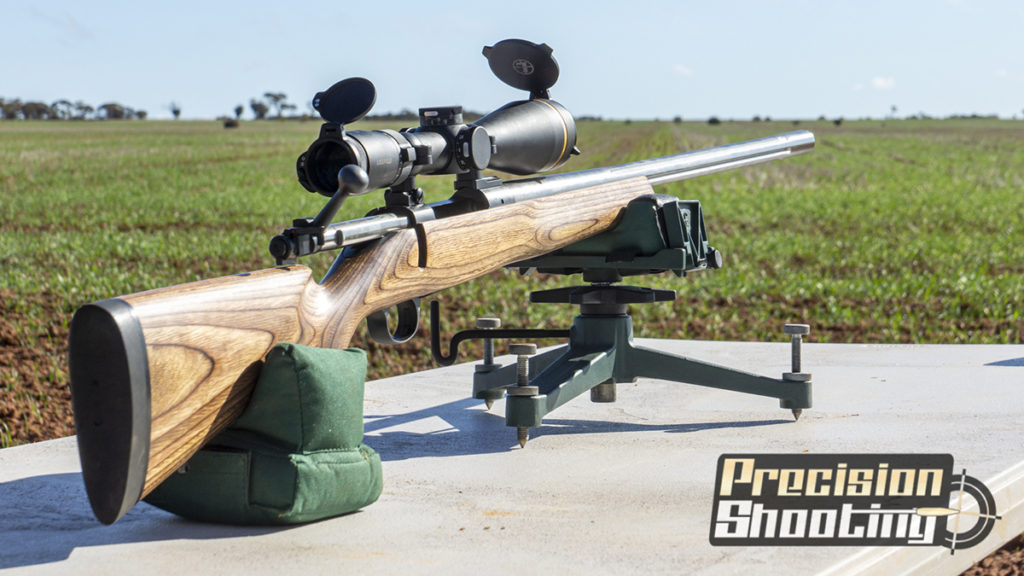 So, it’s obvious that this makes sense, but why does it make sense?  What does a high BC (ballistic coefficient) achieve; what does a high muzzle velocity achieve; how does this equate to hitting targets?  Is it better to have a high Ballistic coefficient, even if you sacrifice a bit of velocity?  Or is it better the other way around?  How can I accurately shoot long distances with subsonic loads?  These questions become easy to answer with the right tools.

For those new to long-range shooting; Applied Ballistics is a company in the USA that produces the best ballistic data software in the world for civilian use.  Many people use the Applied Ballistic phone app for generating data for long range shooting – as the director of Precision Shooting Australia I teach people how to use the app correctly on my 2-day Long Range course.  What many people don’t know is that there is an even more powerful program produced by Applied Ballistics for use on a PC –Applied Ballistics Analytics.  This program allows you to pick a projectile and fire a thousand of these projectiles at a target of a size of your choosing under different conditions.  The result of this is presented to you as a screen with a heap of bullet holes in it and a percentage of those projectiles that hit the target in the center (which we’ll call ‘Hit Percentage’).  This process is called Weapon Employment Zone analysis or WEZ analysis.  Using this program, I’ve been able to generate much of the data below.

It’s not just the ability to pick nearly every variable that makes this program so powerful – it’s the ability to put those variables into realistic, real world shooting scenarios.  For example – if I chose to model a 308 Winchester cartridge firing a 150 grain Nosler Ballistic Tip projectile projectile through a 1/10” twist barrel, I can estimate the velocity of this projectile to be 2900 feet per second.   An average shooter firing at a 12” target 600 meters away will get a hit percentage of 37.2%.  But if we change the cartridge to 300 win mag and fire the projectile at 3200 fps under exactly the same conditions, the hit percentage jumps to 43.7% – a 16% increase over the 308.  But if we stuck with the 308 cartridge and fired a 208 grain Hornady ELD Match the hit percentage goes up to 47.6%.   Let’s break down why this happens.

I’m going to set some conditions for this testing.  I’m going to make the testing difficult to highlight the differences by changing variables and so I don’t get 100% or even 90% results all the time.  Testing will be done on a 12” target at 600 meters, where all atmospheric conditions are known with no error, as is the distance to target, inclination, azimuth and latitude.  There is a 3 meter per second wind coming from 3 o’clock and it’s a sunny day out at Bill’s farm where we are theoretically shooting.  We’re using the same shooter with an average skill in reloading ammunition, average ability in calling wind and can shoot a 1 MOA group at 100 meters.  They have perfectly adjusted their scope to center their group over the target.

Both rounds are fired with the same velocity variation of 15 feet per second (Standard Deviation or SD).  That is, 95% of the rounds fired travel at a velocity between 2585 and 2615 fps for the Creedmoor and 2985 and 3015 for the Nosler.  But 15 fps standard deviation in velocity is smaller in percentage on a 3000 fps velocity than a 2600 fps velocity.  Variations of velocity cause an elevation error spread of 1.1” for the 26 Nosler – but it causes a 1.7” elevation error spread for the Creedmoor.  Velocity doesn’t just flatten trajectory – it flattens groups.

For example, let’s compare the Nosler Accubond to the Nosler Partition projectiles.  Nosler make a .308 caliber 200grain projectile in both these lines – the Accubond has a much longer ogive (the tapered front section of the projectile) and a boat tail, while the Partition is more rounded and has no boat tail.  As a result, the Accubond has a G1 BC of 0.523, while the Partition has a G1 BC of 0.486.  But how does this affect bullet flight?

If we get the same shooter as before to fire both projectiles at the same speed a target 600 meters away, we get the following results –

The 300 Win Mag hits the 12” gong 40% more than the 308 Winchester in this example because it is able to propel a projectile with a much higher BC at the same speed as the 308. 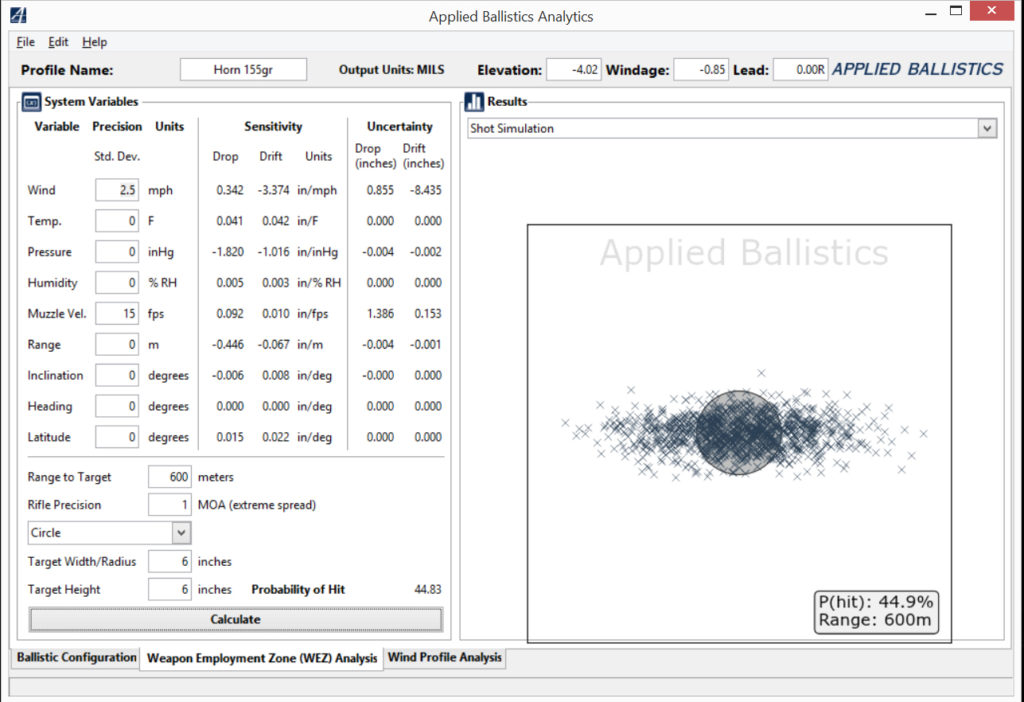 BC Effect on Elevation

Both cartridges have a velocity deviation of 15 M/s.  This error causes a 1.4” vertical error spread with the 155grain projectiles, but only 1.2” of error with the 208 grain projectiles.  It’s a very minimal difference in errors in a raw value – but it’s there.

BC effect on Windage

The above examples demonstrate the effect of velocity and BC on group size – velocity reduces height and width of the group, while BC primarily reduces group width.

If you’ve chosen a cartridge and got your license for, say, a 308 Winchester, it’s not a simple or quick exercise to change your mind and get a 300 win mag (not in Western Australia anyway).  If you have a 308 Winchester, are you better off going for a lighter projectile and firing it faster, or a higher BC projectile and firing it slower?  This is easy to investigate with the Applied Ballistic Analytics program.

Long and Slow or Short and Fast?

So as bullet weight goes up the hit percentage increases, even though the velocity decreases.  In this instance, sacrificing speed for a higher BC projectile results in a higher hit percentage.  As per the previous examples, the vertical error spread gets larger with lower velocity, but the wind error reduces with higher BC.

Will this be true in every instance though?  These numbers were produced with no other variables in place – what would happen if we introduce other variables?

A 10M uncertainty is a pretty fair error for someone not familiar with rangefinders; has a poor-quality rangefinder; it trying to estimate distance using a Mil reticule or similar or who is estimating the distance to a target within 150 meters or so without any aids.

Because of the steep angle, if the distance to target varies even a little the hit percentage drops considerably.  The 155 grain projectiles, with their fast velocity, now have the advantage over all the other weights.

The answer of the question of velocity over BC is not an easy one as there are so many variables in play.  It also depends to a large extent on your ability as a shooter –

Are you using equipment to measure atmospherics?

Are you using a good rangefinder?  Can you use it correctly?

How accurately can you call the wind?

How consistent is the velocity of your ammunition?

What group size can you shoot?

How tall and wide is the target?

Bullet weight, Speed and BC

Looking at the above examples you may be asking “Why don’t I just shoot a high BC projectile that’s low in weight so I can shoot it fast and get the best of both worlds?”.  As is always the case, it’s not that simple.  Using current technologies and materials, this is not an achievable goal for 2 reasons – BC is a product of weight (reduce the weight, reduce the BC) and low weight projectiles increase friction.

If you’re interested in knowing more about this email me at zaine@beatonfirearms.com.au. 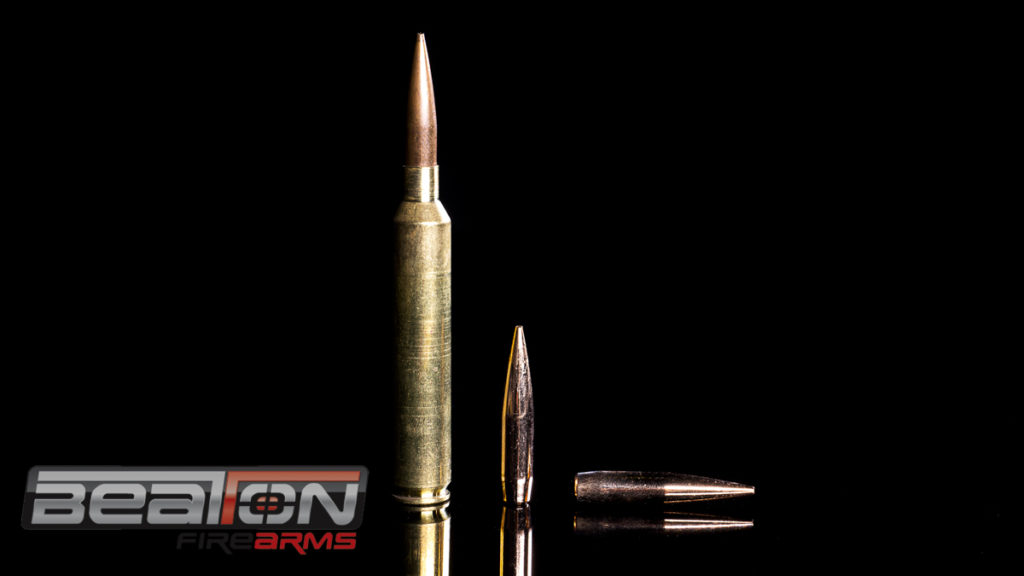