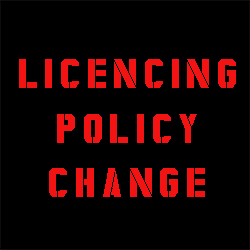 In 2003 I got my personal firearms license.  The Police were adamant that I had to apply at my local Police station (Gosnells Police Station).  Their reasoning was sound – the local Police would know the people in their own district, and whether or not those people should have a firearms license. Also, they appreciated the importance of other Police stations knowing who in their districts had firearms. For example, before processing a firearm application for a farmer, Firearms Branch would ring the farmer’s local Police station as a courtesy. This policy was understood by every officer, from the Constable to the Commissioner.

This changed overnight in 2009 with the introduction of the new licensing regime.  Policy went from “Licensing Done Locally” to “Let’s Save a Few Bucks”.  Firearm Licensing was ripped from the hands of local Police and given to a central licensing department.  Today, local Police stations have no part in the licensing process; they do not know who in their district has firearms and they are not consulted by Police Licensing Services (PLS) when someone in their district makes a firearm application.

Drastic changes like this to the licensing regime are almost always about money and never about public safety.

In the case of a private sale, if someone was granted a license for a firearm, the original owner would be notified via a ‘disposal notice’ sent to them by PLS.  This was an important part of the licensing process. First, it was confirmation the firearm had been taken off the original owner’s license and placed on the applicant’s license.  Second, the original owner had written authority from PLS that he or she could legally hand the firearm to its new owner.  This step prevented criminals from forging firearm licenses and collecting firearms they did not have a license to possess – you wouldn’t hand over your firearm until you had confirmation by Police, in writing, that it had come off your license.  Recently, without notice, PLS have decided not to send out firearm license disposal notices.  Their excuse is that they ‘do not have the man power’ to send out disposal notices.

My sister has a 1 year old boy.  She drops him off and picks him up from day care.  I can’t go to the day care centre and collect him.  The day care centre staff would not release him to me because they had no authority from his mother to do so.  My simply arriving at the day care centre with a note from my sister would not change this – the day care centre staff would ring my sister and confirm it was ok for me to collect him.  In effect, the change that PLS have made to their licensing policy is to say that anyone can pick up my nephew from day care, so long as they present a note, without any requirement to check the authenticity of that note.  The day care centre does not need to receive a disposal notice from the licensing authority (the mother or father) – they can just hand the kid over.  Anyone who is a mother or father would be appalled if this Policy were adopted by the day care industry, so why are PLS more than happy to adopt this policy in relation to firearms?

If Police Licensing Services were having to write out disposal notices by hand, I could appreciate this could be a drain on resources, but everything is done on a computer.  The reality is a letter to the original owner, authorising him or her to legally hand over the firearm, could be printed out with a few additional key strokes.  In addition to printing out an amended license for the applicant, those few additional key strokes would print a revised license and disposal authority for the seller as well.  There has been a huge amount said and written about the upcoming firearms amnesty, due to start on the 1st of July.  It seems the Police can find the resources to manage political programs.  Printing out disposal notices has nothing to do with resources and everything to do with thoughtless policy making.

This policy change by Police Licensing Services create a licensing loophole that has serious implications for both firearm license holders and public safety.  There are two aspects to this weakening of firearm licensing.  First, it becomes much easier for criminals to acquire an unlicensed firearm and second, it makes it very easy for criminals with a licensed firearms to ‘dispose’ of them without any legal repercussions.

There are any number of tutorials on YouTube on how to use Photoshop.  It would be very easy for a criminal to forge a firearms license to acquire a firearm.  Unless the firearm owner was a trained forensic document examiner, they would not know if were being shown a forgery.  They would, in good faith, accept that the purchaser was presenting legitimate documents and would, quite reasonably, hand over the firearms once they had been paid.

Similarly, if someone with criminal intent wanted to dispose of a licensed firearm illegally, they could hand it to someone else and claim that the alleged purchaser had presented a firearm license.  That firearm would then enter the black market and the seller could not be held responsible – the Police would not be able to prove that the seller was not shown a firearm license, be it a forgery or otherwise.

It doesn’t take a great imagination to come up with these scenarios.  It should worry every Western Australian that the policy makers charged with the management of firearm licensing in Western Australia had not foreseen these gaping flaws in their recent amendments.

Firearm Licensing in Western Australia is an important service that requires dedicated staff to manage the complexities of the whole licensing system.  Those firearm licensing policy makers who are entrusted with the task of keeping the Western Australian community safe, need to start taking their responsibilities seriously.