If you want to shoot objects at long range there are two things you will need; a way of accurately evaluating the distance to the target and a method for zeroing your firearm at that range.  Evaluating the distance to the target is easy – there are any number of accurate laser range finders available which will tell you the distance.  It is estimating how much the bullet drops from your ordinary zero distance and compensating for that error is what scope manufacturers are trying to make quicker and easier.  The two popular methods are Bullet Drop Compensation reticles and Custom Dial Systems. 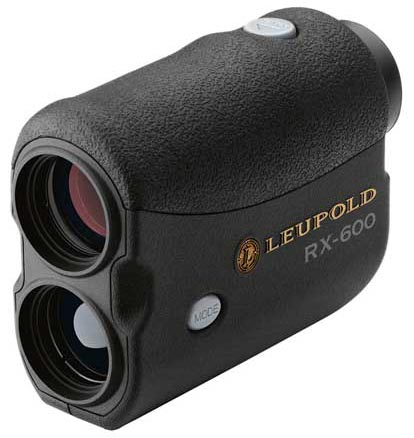 If the target you are shooting at is alive there is a good chance that if you miss it with the first shot it will move.  It therefore becomes much more important to make precise adjustments for shooting game than shooting targets to ensure you’re on target with the first round. Choosing the best method for your style of shooting isn’t difficult if you understand bullet flight and the situations you will be shooting under.

It is important when compensating for bullet drop to understand the flight of a projectile.  While the image viewed through a telescope is a direct line to the intended target (known as line of sight), the projectile follows an arc through the air.

The projectile exits the barrel approximately 40mm below the line of sight.  The climbing projectile crosses the line of sight and continues to climb until it reaches the highest elevation point in the trajectory – the culminating point.  The projectile then begins to fall, crossing the line of sight for a second time and eventually the ground.  The distance at which these points occur depend on the zero distance – as an example, a 308 calibre rifle, fitted with a scope that is approximately an inch and a half above the centre of the barrel, sighted in with a 200 meter zero will have the following trajectory at the following ranges –

So the bullet would pass the line of sight around 40 metres from the muzzle, have a culminating point around the 130 metre mark, pass the line of sight again at the 200 metre mark and drop off exponentially from there.  There is 27 cm of drop between 200 and 300 metres, but 113 between 500 metres and 600 metres.  The further the projectile travels the more speed and energy is loses, the faster it drops and the more it is effected by wind.

So the question becomes – how accurately to I need to judge where the bullet will strike and how much time to I have to take my shot?  If you are required to hit a smaller target, you will need to be more accurate.  Hitting larger targets is easier and requires less precision.  If the target presents itself for only a short period of time, you will have less time to make adjustments, and this needs to be taken into account when selecting a bullet drop compensation system.

When you have a scope that is fitted with a BDC reticule it will have additional aiming marks below the central reticule point that will correlate to zero points at longer ranges.  An example is the Leupold Varmint Hunter reticule – this reticule has a central aiming mark, which you would use for a 200 yard zero, with additional marks below the central reticule for 300 yard, 400 yard and 500 yard shots.  It is incredibly quick to use these points to ‘Aim off’ for accurate shooting at long range – there is no need to adjust dials or make calculations. 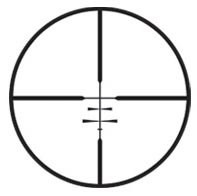 The down side to this system is that it is not easily customisable.  With the mentioned Leupold reticle as an example, holding off the target must be done as a certain power setting.  Because the scopes that feature this system generally have second focal plane optic (explained more later) the effective distances between the lines changes as the power is adjusted, the BDC Reticle effectively makes the scope fixed magnification. 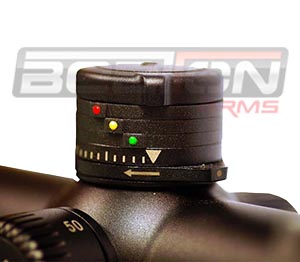 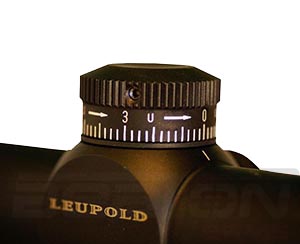 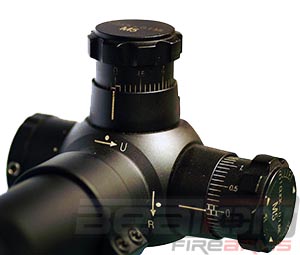 Whether they are called the dials or turrets, the method of adjusting all rifle scopes is very similar – by rotating a knob on the top or side of the scope changes the position of the bullet strike.  These turrets generally come from the factory with one of three adjustment scales – Inches at 100 yards, Minute of Angle (MOA) or Mill Radians (Mills).  However, many scope manufacturers are now making scopes that have turrets that can indicate bullet strike at certain ranges.  If your scope has a simple duplex reticule and you want the bullet to always strike in the middle of this duplex, adjusting the turret to display the distance you were shooting at would achieve this, if you have a BDC reticule.

Leupold use the CDS system, where you can get a dial custom engraved for the ammunition you choose to use through your firearm.  Swarovski have a top dial that has several rings, each layer having a dot that can be moved around to represent different distances.  There are several other variations by other manufacturers but they all perform similar tasks – allowing dials to indicate exact zeros at certain ranges.

The down side to this is that it is not as quick as the BDC reticules.  It takes time to screw a dial around to a particular point.  If you are trying to do this where there is no sun, you will also need to hold a torch on the dial while you are doing it.  CDS does offer advantages over the BDC system; You will not have to compromise on field of view by holding the target on a position away from the centre of the image; you will not have to have the scope magnification adjusted to a certain setting and the distance settings are not fixed.

Being able to hit a target at long range takes a lot of skill and careful adjustment.  But if a majority of the work is done before you leave home, it makes achieving that long distance shot much more realistic.

Before I finish I want to disperse a myth – Mill Dot or ‘Tactical’ reticules are not for bullet drop compensation.  Whether they use Mills or MOA, both reticules have pre-set distances between each mark (known as sub-tensions) that are not made to correlate to the trajectory of any cartridge.  These styles of reticules are made to judge distances when you know the exact size of the target and for aiming off when you miss your first shot.  They are a common scale that are incredibly useful for those trained to use them, but entirely aesthetic otherwise. 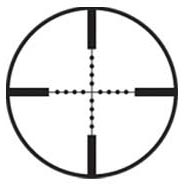 If you would like to know more about BDC reticles or would like us to recommend one for you, please email us at customer.service@beatonfirearm.onpressidium.com or visit us in store.