The old ‘quarter bore’ calibre was created back in 1934 by Remington and was based on a wildcat that was created by Ned Roberts (well, at least he was the one accredited with the design).  While many similar calibres have been created since the 257 Robert still remains very popular with a die-hard community of 257 Roberts owners.

Loaded with a 100 grain projectile, such as the 100 grain Nosler Ballistic tip, the 257 Roberts easily breaks the 3000 feet per second mark.  That’s pretty good ballistics for most medium game such as deer and pigs.  The 87 grain Speer TNT and the Hornady V-Max make pretty spectacular varmint projectiles for smaller, thinner skinned game.

However, it is in competition where the 257 Roberts falls down.  6mm and 6.5mm calibre have endless options for short range or long range competition shooting, but there are virtually none in .257 diameter.  Similar, .257 barrels are usually only made in one twist rate, which will shoot all the .257” diameter projectiles on the market.  There are no long competition projectiles available in .257 so there is no need for a 1/8” twist rate offering.

So the .257 Roberts isn’t particularly impressive.  It doesn’t go that fast.  The cases stretch after a couple of firings.  You can’t get brass or the projectiles you want for it.  No company consistently chambers it in a rifle anymore.  Federal dropped it from their line-up of cartridges.  Yet, if only by the skin of its teeth, the 257 Roberts lives on.

Kimber still advertise two of their 84L rifles are chambered in 257 Roberts.  Nosler will still make the brass for it.  Every now and then a gun manufacturer will chamber one of their classic rifles in this cartridge in an effort to make some old timers teary eyed.

To make the most of this cartridge it really needs the magazine length of the 30-06.  There is no point trying to squish it into a short action rifle – you might as well build a 250-3000 or 25 Souper if you are going to do that.  The extra magazine length of the 30-06 action gives room to seat the projectiles out of the cartridge for maximum case capacity and efficiency.

Want a 257 Roberts built?  Come and talk to us about getting your rifle rechambered to this classic cartridge. 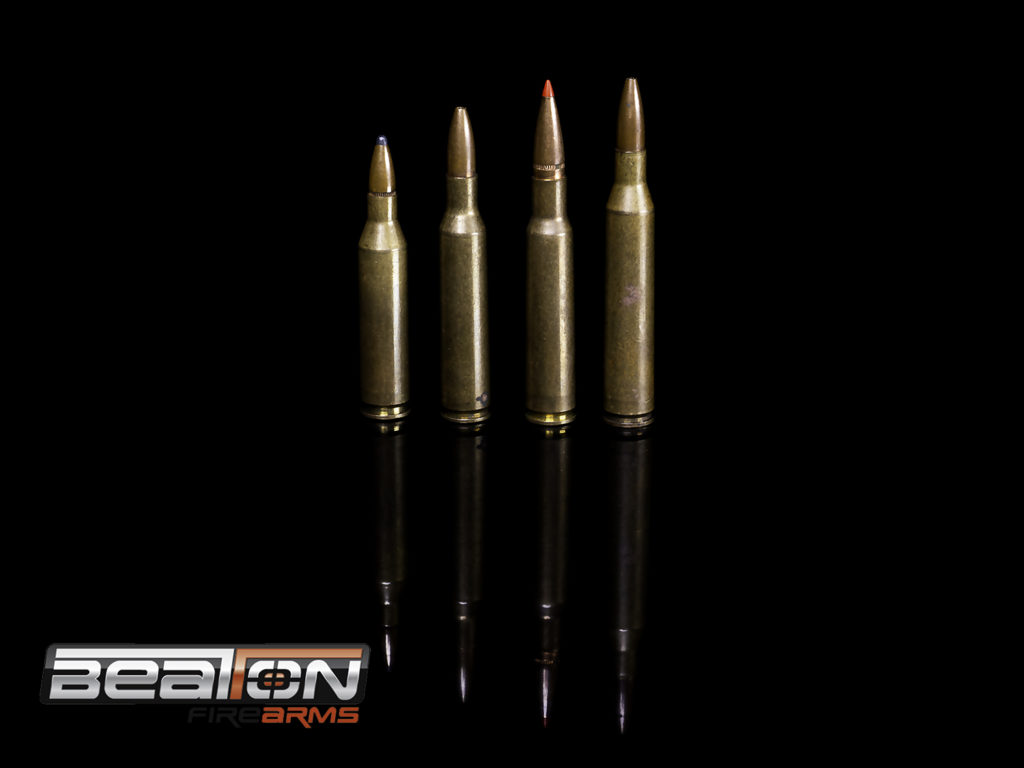