It seems the gun debate has become an issue that both sides of politics are willing to manipulate for their own benefit.

After several months of discussions, Nioa Trading were eventually banned from importing the Adler shotgun in its 7 shot format.  It has since been allowed to be imported with a 5 shot magazine. This change would make the Adler shotgun available in Australia in exactly the same format as other lever action shotguns that have been available in Australia since before Federation.

The original campaign against the Adler by Abbott and the Justice Minister (Keenen) cited an increased threat of terrorism as their reason for preventing the importation of the Adler.  However, it was agreed to allow the importation of the 5 shot version, with a 12 month sunset clause on the 7 shot variety.  We had thought that the political mileage had been spent on this issue and that that it would be the end of it – we were wrong.

There is now a vacuum left by the premature dumping of Abbott as Prime Minister and his replacement with the more moderate Turnbull. This change has left the ownership of nonsense catch phrases such as ‘Terrorism’ and ‘Public Safety’ up for grabs.  As a result, politicians such as Graham Perrett (Shadow Parliamentary Secretary to the Shadow Attorney General) who appear to suffer from relevance deprivation are able to move in on this territory in an attempt to make a name for themselves. 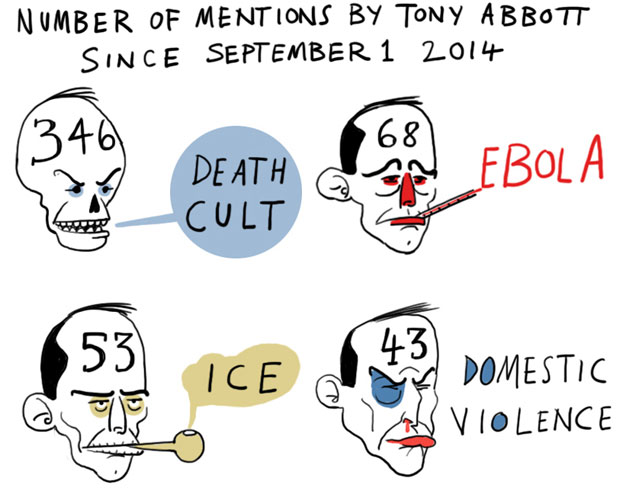 Labor attacking Senator Leyonhjelm and his agreement with the Liberal/National Coalition on the Adler issue is comical given that Labor did something very similar when they voted to block mandatory sentencing of illegal firearm traffickers back in March.  Labor claim the certainty of a criminal going to jail if they are convicted of a firearm trafficking offense doesn’t ‘work as a deterrent’, that it isn’t ‘fair’ and that mandatory sentencing is ‘discriminatory’.  Yet somehow, shooters are not entitled to the same fair and non-discriminatory legislation that is enjoyed by criminals.

This attack on shooters, labelling the Adler as ‘illegal’ and, by extension, labelling the shooters whom own them as criminals, is a cynical attempt by Labor to grab some headlines and move into the realm of crazy-but-effective arguments that were owned by the Liberals under Abbott.  Unfortunately, this is just another example of the ‘everything they say is crap’ politics that Australians are expected to tolerate. However, expressing your disgust about Perrett’s comments, directly to his department, will likely fall on deaf ears.

On the positive side, while federal politicians are making all the noise about importation, ultimately, lever action shotguns can only be banned at a state level.  Even though she has demonstrated similar contempt for shooters, the Western Australian Police Minister Liza Harvey would be my recommended point-of-contact for making your views known.  As I write this, Minister Harvey is undertaking a comprehensive review of the current Western Australian firearms laws.

Therefore, I would suggest asking Ms Harvey if she supports Labor’s comments and if she plans to place restrictions on lever action shotguns in the up-coming review of the Western Australian Firearms Act.